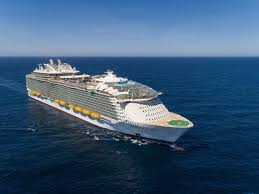 Could a refurbished cruise ship be a good solution to increasing affordable housing? An official in Maine thinks it might be.

Kenneth A. Capron, a non-profit director in Portland, Maine, has recently applied for a grant to find out how feasible it would be to turn a used cruise ship into a block of low-income housing. He believes that a retired cruise ship that could hold up to 1200 people could be a viable solution for Portland’s population of low-income workers or maybe even homeless people. He also wants to explore what it would take to offer transitional services like medical care and job training.

The plan is to dock the cruise ship in Portland, ME, and there is already a waiting list of 1,123 families that are in need of low income housing. Similar ideas have been explored in places like Seattle, and even in Auckland, NZ where homes are less affordable than ever. If it works, it could be an easy and relatively expensive solution to the growing population of people who are struggling to afford housing in major cities.