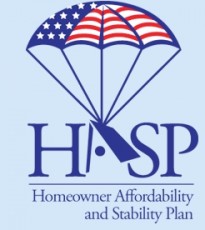 The current economic recession, which began in December 2007 according to the National Bureau of Economic Research, has created grim conditions for some homeowners and neighborhoods throughout the country.

President Obama said the Homeowner Affordability and Stability Plan “will prevent the worst consequences of this crisis from wreaking even greater havoc on the economy.  The goal of this loan modification program is to bring down the foreclosure rate, and it should help to shore up housing prices for everyone.”

The plan had three main goals:

The Treasury Department was to develop guidelines for Fannie Mae and Freddie Mac and all lenders that receive financial assistance from the government, enabling as many as 5 million homeowners with loans owned or guaranteed by Fannie Mae or Freddie Mac in danger of bank foreclosure to request loan modification and refinance their mortgages.

How did the Loan Modification work in your area?

Michael Urbanski is a successful entrepreneur with extensive experience online as the CEO/founder of Heavy Hammer since its inception in 1998. Heavy Hammer has several profitable online platforms for local advertising. Michael also owns several patents for geographic advertising online and has numerous other patents in process. Before launching Heavy Hammer in 1999 Michael was the top salesman for foreclosure homes in the state of Maryland. Among his accomplishments Mr. Urbanski has been a decorated Air Traffic Controller in the Air Force, a successful restaurateur and has written and produced several award winning feature films and top tier video games. Leveraging the success of his previous ventures and experiences, Michael self-financed and launched Heavy Hammer which has been profitable every year of the 12 years it has been in operation.