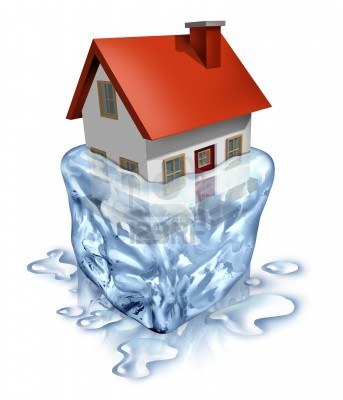 When is the Real Estate Market going to turn around?

Some experts say that the housing market will not turn around until late in 2011.

The positive side of foreclosures is that the word has never

been in the collective conscience of the American home buyer to this degree ever before. I mean if CNN and the other news channels did as much to promote Coca-Cola as they do promoting foreclosures it would cost Billions!

So the bad news is actually good news if you use it to your advantage. With quadruple the homes going into foreclosure; there are a lot of opportunities to be had, especially when the home buying market is weak. If you have cash, can get some cash or can borrow some cash….buy.

I personally hate to sell assets, especially during a weak market, but if you have access to only a little money and don’t have the ability to borrow, a little can become a lot just by buying and selling and repeating the process.
I have had a lot of success selling HUD foreclosures.

There is nothing better than selling a home and being paid double commission. I mean why would I do anything else?

HUD pays up to 5% commission and so does the VA so selling a house pays more and as far as I am concerned they are easier, which means I can sell more of them.

In short, no one knows when the market is going to turn around. But not knowing should not stop you from acting. It hasn’t stopped me or my friends.

Search free foreclosure listings to find foreclosures for sale near you.

Michael Urbanski is a successful entrepreneur with extensive experience online as the CEO/founder of Heavy Hammer since its inception in 1998. Heavy Hammer has several profitable online platforms for local advertising. Michael also owns several patents for geographic advertising online and has numerous other patents in process. Before launching Heavy Hammer in 1999 Michael was the top salesman for foreclosure homes in the state of Maryland. Among his accomplishments Mr. Urbanski has been a decorated Air Traffic Controller in the Air Force, a successful restaurateur and has written and produced several award winning feature films and top tier video games. Leveraging the success of his previous ventures and experiences, Michael self-financed and launched Heavy Hammer which has been profitable every year of the 12 years it has been in operation.